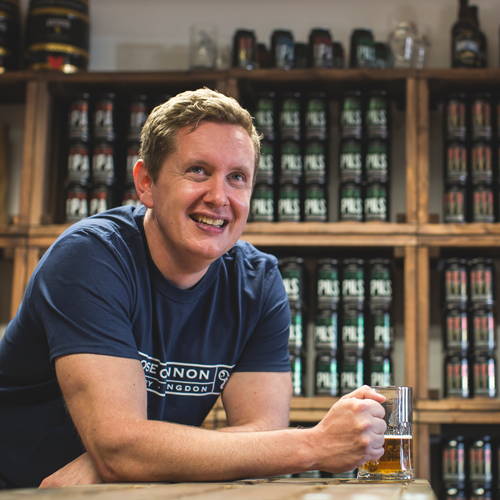 Will struggled at school and later University due to his inability to count, his saving was his unlikely skill for brewing from the start. Subsequently he made a reasonable go of starting a brewery and cooked up some half decent recipes for our award-winning ales. OK he had some highly gifted staff to help him with this, but his benevolent nature forces him to carry the burden of glory all by himself. His private life is a mystery, he is awkward with women and painfully shy on the phone. He is the ‘Boss’ though and we will continue to treat him with reverence he deserves on a daily basis. Future plans will see a 4 x times life size Bronze statue of his good self, erected on the roundabout outside of the brewery entrance which all workers will have to salute as they arrive and leave. Not to do so would result in more beatings. Please help. 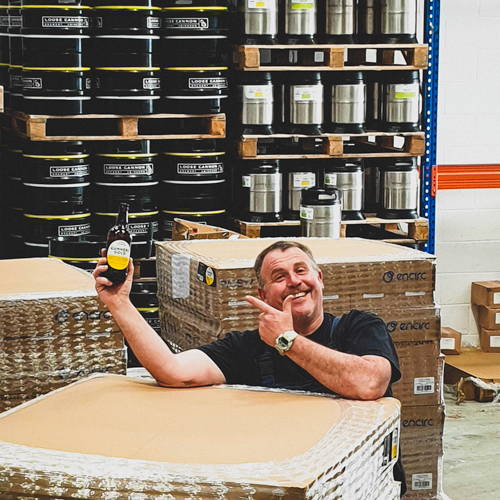 Following the successful prisoner exchange programme which saw Chris Ward our former head brewer returned to New Zealand we collected young Mr Scott in return. Alex had been exported out to New Zealand to help stabilise their faltering brewing industry, provide some deportment advice to their male population and most importantly some annunciation classes with his handy instructions to all that he met that there is indeed more than that one vowel that can be used. He does know a thing or two about brewing which is a useful skill to have as our Head Brewer. He has an enquiring mind and is always looking to learn about new gadgets and equipment. Soon he will be going on the trouser belt wearing course – much to Jamies relief – who after a day working with Alex seems to resemble Brando in ‘Apocalypse Now’ as he mutters constantly….’the horror….the horror’ with his head in his hands. 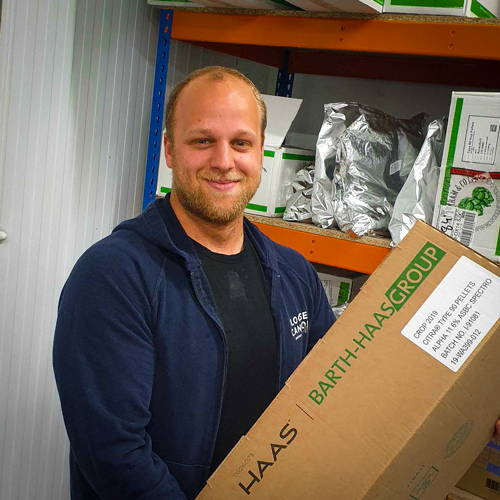 Tectonic plates are on the move constantly – some even manage to travel up to 100mm annually. The movement is imperceptible, but it's there. Rob moves, I’ve seen it, some of our customers have seen it – it’s just done so damned quietly that it leads you to believe he’s either Special Forces or a Ninja – or a Special Ninja. We’ll leave it there. Rob is in the brewery most days, well we think he’s in the brewery, not sure unless he moves. Put it this way if a T-Rex turned up in the brewery – Rob would be the survivor. Apparently a T-Rex would hunt prey by movement. Rob would not be prey. Rob is a lean mean brewing machine – but its also very interesting to use his shadow on sunny days to tell the time with alarming accuracy. 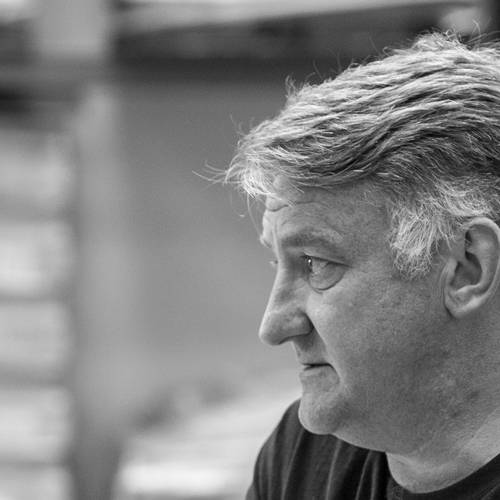 Chris joined Loose Cannon as the Drayman, where with his keenly honed knowledge of the local roads and pubs would be put to good use, who can forget his numerous appearances on ‘Police, Camera, Action? Chris’s organisational ability and keen eye for detail soon saw him assisting with the brewing as demand blossomed. In a further role change Chris took up the reins of Brewery Sales where his tenure has seen new sales records being set, with nominations outstanding for; ‘Sales Person of the Year’, ‘Person Most Women Want To Take Home (to unblock drains)’, ‘UK’s Greatest Tea Drinker’ and ‘Most Creative Use of the word ‘Futtock’ in Every Day Conversation’. His star shines brightly in the sales firmament and all who know him count themselves blessed and lucky that they should be able to benefit from his presence in their lives. He also writes personal statements, which, naturally, he excels at. 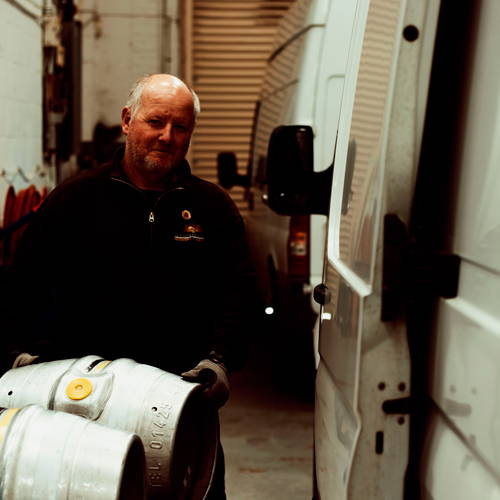 Dave has an immense set of stories about his past which he will tell you whenever he has the urge. Dave has lots of urges, on a daily basis. 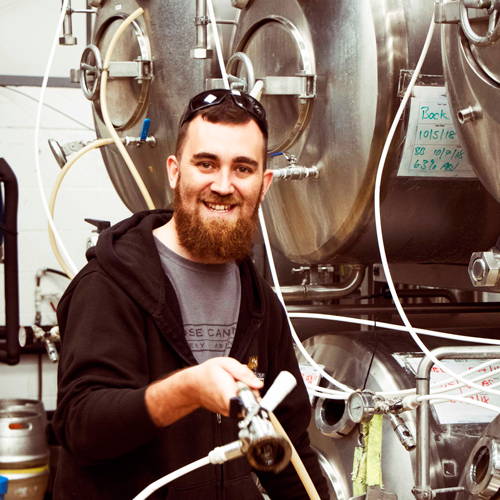 Jason is the Landladys favourite with his wiry physique and simple non scary reversible features. Jason has an ability to amaze and confuse normal people. It could be said that in the ‘olden days’ he would have been kept in a hut somewhere – probably a wood - and people would hold pilgrimages to visit him in his hut and listen to his wisdom. That wouldn’t have taken too long so the locals would have needed to have on hand some other form of entertainment for the Pilgrims to enjoy. This would most likely have been provided by Jason as well who has an innate ability to fall over at a moments notice. Its nothing medical. He just forgets to balance when he gets distracted by his beard or the odd direction his feet point in when he walks. On his first day here he crashed Hercules the van. He was kept on regardless. Mostly out of curiosity. He’s not disappointed us yet. Somebody fetch him a chair, he’s looking wobbly. 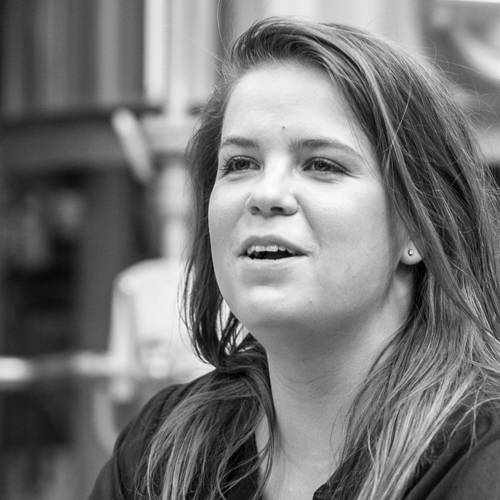 Merit Hill aka ‘The Estonian Gem’ or around the brewery ‘Where’s Merit?’
To para-phrase Father Ted – Merit is not small, she is only further away than you think when you first meet her. Merit keeps the place running smoothly making sure everyone has up to date training and aren't messing about doing doughnuts on the forklift truck. She also makes sure Dave and Jason don't get lost....often. Merit is currently on hire from the Estonian Government 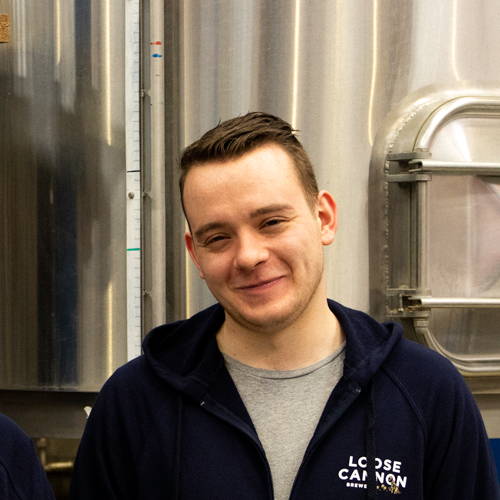 With a head shaped like an upturned builders bucket and an arm tattoo’d like a merchant sailor, our Carl provides a curiously fashionable – if somewhat specialised – dash in the brewery. Brought in to provide a useful pair of hands his feet are equally helpful as he strides about the place in his size 18 Army Boots. His most interesting feature is undoubtedly his incredibly high pitched and slightly nasally voice which he uses to great extent for shouting at Rob when he’s usually nodded off in the mash tun. 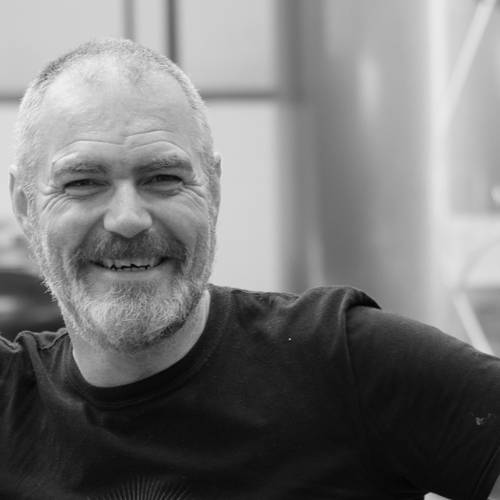 Jamie stands tall amongst men, is the most useful employee at Loose Cannon and has a torso covered in Tattoos which would make Popeye weep tears of joy. He believes in swift un-remorseful justice and vanquishes all his enemies with his own private martial arts skills which no one has ever managed to copy. At weekends when the voices in his head get too loud he hides up trees and throws pine cones and dung at passing couples. He never eats, he never sleeps, he never stops working. He is a machine.
He also has a lovely family and is very good with animals. If you meet him. Don’t stare. 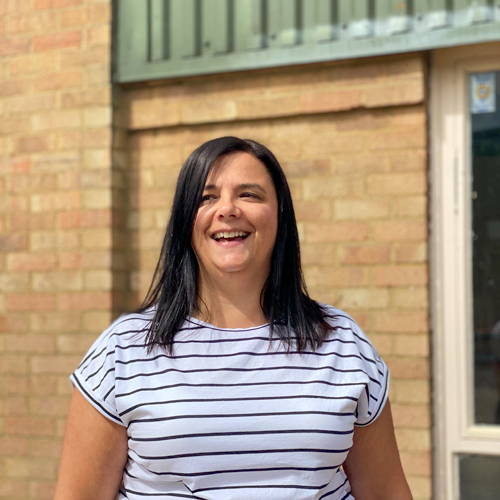 Zoe counts stuff. Like how many biscuits we are all eating, well me on the whole and that’s like, against my human rights or something.
With Maggie away on her scale model of the Bismarck, Zoe pops in to see that the financial wheels of the brewery keep turning. With a keen eye for the bottom line her ‘bottom-drawer’ collection of Boy Band Calendars keeps us all mildly uncomfortable and on our toes.
In her spare time Zoe spends hours creating fictional fan sites for the music industry greats such as ‘Brother Beyond’, ‘N-Sync’ and ‘Five’ and pesters the now retired singers for samples of their underwear. 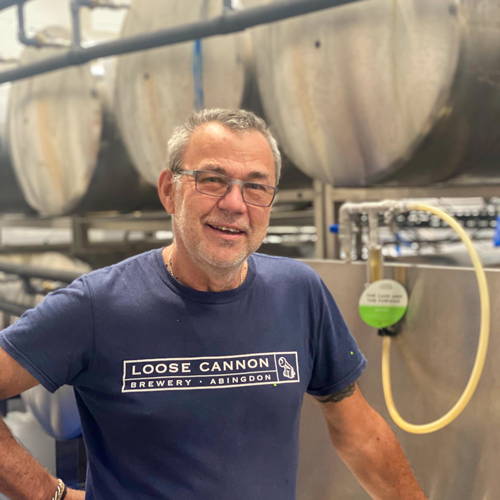 Similar in appearance, manner and spoken word to the seminal Gerry Anderson creation. Our Parker – or rather Kevin as we call him, because that’s his name – is the kind of solid dependable sort that this country was built on. As timeless as the white cliffs of Dover and twice as fissured when you look closer. Kevin will be happy to help you with your requests when you visit our shop and Taproom.
He’s nervous around scissors for some strange reason and his dream car is a pink Rolls Royce. 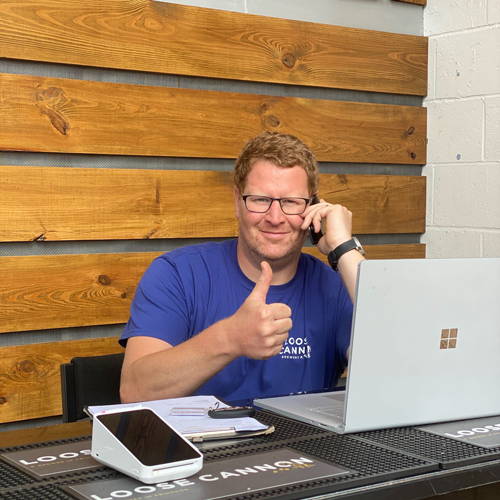 Our Retail and Taproom manager Matt is posh in the kind of way a Land-Rover with leather seats is posh. Basically, utilitarian by design with a thin veneer of luxury and style to keep the customers who want to feel a cut above the rest happy.
Not that this is a bad thing – he is a useful load carrier and can be easily washed with a garden hose when he gets mucky. The downside is the seating position is a little awkward and he’s got a fair bit of wind noise to him when moving.
Matt has joined us from the frontline where he has spent the greater part of his life dealing with the highly valued and sometimes highly intoxicated public. Skills developed with the latter means that the Taproom is now perfectly controlled by a simmering cauldron of a man bubbling over with disdain for bad behaviour and people who walk in wearing socks in sandals.

A born sailor and former member of an all women’s trans-Atlantic yacht racing team Maggie has no fear of water. After being washed overboard during Hurricane Higgins Maggie spent most of 2010 bobbing about in a mid ocean swell cataloguing passing airliners on an old tea chest and providing tax return services to the occasional seagull. Well it pays to keep the old skills up. Eventually due the passage of the moon and the Earth’s rotation Maggie drifted up the Thames and found moorings in Abingdon.
Now a regular visitor to Abingdon – the most inland she has ever been – Maggie now claims to have encyclopaedic knowledge of all things MG and spends her weekends steaming up and down the Thames in her accurately detailed 1/72nd scale model of the Bismarck sinking pleasure cruisers and sending tourists down to Davy Jones’s locker.
Maggie dines regularly on tins of pilchards and likes to perch on park benches in a seagull suit every third Sunday for no apparent reason we can fathom.

Be the first to know about events, new beers and more

If you are ordering for National Delivery (outside 10 miles of the brewery) we only ship items from our bottles and cans section of the Shop page. Thanks

Your cart is currently empty.